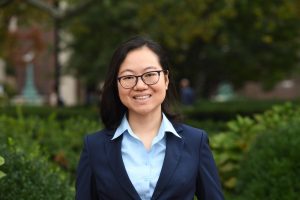 I am a Ph.D. Candidate in economics at Columbia University.

I am an industrial organization economist focusing on topics in education and market design. In addition to structural methods, I also use lab experiments and reduced-form methods to address questions in school choice and educational investment. I am also interested in applying structural methods to a broader array of topics.

I am on the job market this fall and will be available for interviews at ASSA, EEA, and CEEE.

In recent years, there have been concerns about the lack of diversity in schools, especially elite schools that select students based on exams. This paper studies the impact of two possible affirmative action plans in New York City by estimating students' underlying preferences and then simulating their actions under the two proposed plans. There is a trade-off between promoting diversity and maintaining student quality in elite schools. A tier-based plan similar to that in Chicago does little to increase the overall racial diversity of this sector, but it preserves the quality of incoming students. In contrast, a plan to guarantee elite school seats to students who placed in the top seven percent (by academic performance) of each public middle school causes substantial exchanges of students between the elite and regular sectors, thereby giving more access to Black and Hispanic students at the cost of lower student quality. The two plans also change the distribution of diversity across schools in different ways. The Chicago plan reduces the differences among schools within the elite sector, while the Top 7% plan bridges the gap in diversity between the two sectors even as it increases within-sector dispersion. Both plans result in considerable changes in school assignments in the regular school sector.

Price Staggering in Cartels (with Heiko Gerlach), Revised and Resubmitted to International Journal of Industrial Organization

Does Preparation for the Entrance Examination Matter for Performance in College? Evidence from Vietnam