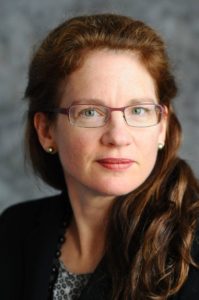 Stephanie Schmitt-Grohé (Ph.D. Chicago 1994) is a Professor of Economics in the Department of Economics at Columbia University in the City of New York, a Research Associate of the NBER and a Research Affiliate at the CEPR. Prior to joining Columbia, Schmitt-Grohé held positions at Duke University, Rutgers, and the Board of Governors of the Federal Reserve System. She is a recipient of the Bernácer Prize, which is awarded annually to a European economist under the age of 40, who has made outstanding contributions in the fields of macroeconomics and finance. Schmitt-Grohé’s research focuses on the design of monetary and fiscal policies, including optimal macroprudential policy, and on understanding the sources and propagation of macroeconomic shocks within and across countries. Her work has been published in academic journal including the American Economic Review, the Journal of Political Economy, the Review of Economic Studies and Econometrica and has received financial support from the National Science Foundation. Schmitt-Grohé is a co-author of the 2017 graduate level Princeton University Press text “Open Economy Macroeconomics” (joint with Martín Uribe) and of the 2022 undergraduate level Princeton University Press text “International Macroeconomics” (joint with Martín Uribe and Michael Woodford).