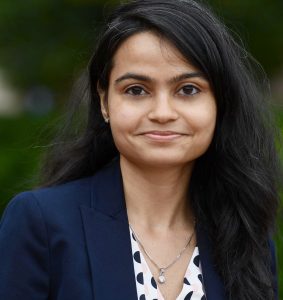 Welcome! I am a Ph.D. Candidate in Economics at Columbia University. My areas of interest include Public Economics (primary), Urban Economics, and Development Economics (secondary). I defend my dissertation in May 2020.

Recently, many cities have proposed property tax incentives on new construction to counteract rising rents. However, to date, there is little empirical evidence on their local effects. This paper uses a natural experiment in New York City to estimate the local effects of new tax-exempt residential construction. In 2006, the city government decided to make property tax incentives on new construction less generous, but only starting in 2008. Developers rushed to build and claim incentives before the deadline in response. I instrument the number of new units developed within 150 meters from a rental building by the baseline number of vacant parcels available within the same distance. Using a new dataset of rents and investment at the level of a building, I find that the existing rental building's rent increased by 2.3% in response to an additional tax-exempt unit built within a 150 meters radius. I provide evidence consistent with the hypothesis that new residential investment rendered neighborhoods more desirable by attracting affluent households and facilitating the entry of businesses and consumption amenities. Overall, the results indicate that tax-exempt new construction spurred gentrification.

This paper investigates whether tax evasion creates incentives among firms to reorganize their production under Value Added Tax (VAT). The VAT is the world’s most popular consumption tax and is considered revenue efficient since cross-reporting of firm-to-firm transactions facilitates self-enforcement. However, the ability to evade tax on consumer transactions creates incentives for the last two firms in the production chain to integrate vertically. In this paper, I test this hypothesis by using a quasi-experiment in India where the sales tax was replaced with VAT in a staggered manner between 2003 and 2008, changing tax evasion opportunities along the production chain. A differences-in-differences analysis reveals that after the reform, treated firms sourced more “upstream” products and had greater vertical mergers, indicating greater vertical integration under VAT. In addition, the effect is largest for firms that are closest to the final demand indicating that tax-evasion is one of the channels. Overall, the results suggest that VAT is no longer production efficient in settings of low compliance.

This paper measures the effects of improving security at the polling booths in a significant state election in India. Using a novel dataset on voting and political outcomes at the booth level and a regression discontinuity design, I find that the women share in total turnout is higher by 1.4 percentage points in the booths with a greater probability of treatment. Additionally, there are effects on political outcomes. In particular, the incumbent party, corrupt candidates lose, whereas the educated candidates gain vote shares, as a result of poll-booth safety. Overall, the evidence suggests that improving safety in elections has consequences for the political-economic equilibrium.