What do Economists REALLY do?

Join us for an hour with our expert panelists who will share what got them interested in Economics and the exciting places Economics has taken them, to be followed by Q&A. 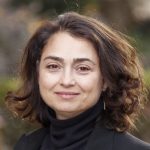 As an undergraduate at Columbia, Aaronson did not think Economics would be interesting — she changed her mind (Ph.D. 2001). In her research, she has examined, among other issues, why an increasing share of Americans are not participating in the labor force. After Columbia, Aaronson worked at the U.S. Federal Reserve before moving to the Brookings Institute where she is the vice president and director of the Economic Studies program.

Rokkanen, a native of Finland, got his MSc at the University of Jyväskylä. In 2009 Rokkanen moved to the United States for graduate studies at MIT. After his Ph.D. in 2014, he joined the Department of Economics at Columbia University where we were lucky to have him for three years. In 2017, Rokkanen left for the greener pastures of the tech world and he is now at Amazon. To learn what he does there you need to attend our January 27 event. 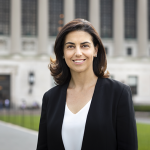 Valenti hails from the Eternal City.  Her first job was a sportscaster for national television, but after a few years, she decided US graduate studies of Economics was the way to go. After her Cornell Ph.D. (2002), Valenti worked in consulting (NERA), but the lure of academia did not go away. Since 2009 she has been teaching at SIPA. This semester she teaches a course on antitrust at the Columbia Business School. In addition to consulting and teaching, Valenti has squeezed in a stint as Chief Economist at the New York State Office of the Attorney General Letitia James.