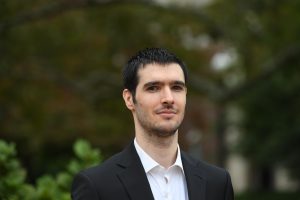 Welcome! I am a Ph.D. Candidate in the Department of Economics at Columbia University. I am expected to graduate in May 2020 and will be available for interviews at the 2020 ASSA meeting in San Diego.

This paper analyzes the effects of increasing abortion costs for minors on their behaviors, in particular, their abortions, sexual behavior, and births. We do so by exploiting a 2015 change in parental involvement (PI) laws in Spain, and rich population-level data on abortions and births. First, since the law change affected only minors, we document a decrease in 17-years-old abortions by using a difference-in-difference with the 17-years-old being the treated group, and the 18-years-old being the control. Moreover, using bunching methods, we show evidence of temporal displacement: some 17-years-old, who could wait until they turn 18 to abort to avoid involving their parents, did so. Second, we analyze how the decrease in abortions may influence related behaviors: sexual behavior and births. Our evidence suggests that some minors act ``rationally'' and internalize the PI cost increase: they modify their sexual behaviors to avoid getting pregnant before turning 18. This is shown by a permanent shift on the number of abortions at age 18 after removing the temporal displacement abortions. Finally, among women giving birth, the number of those who were pregnant at 17 increases relative to those who were pregnant at 18. This paper, thus, suggests that in high-stake decisions such as abortion and fertility, minors respond to PI laws.

The effect of liberalizing abortion on sex selection. Evidence from Spain