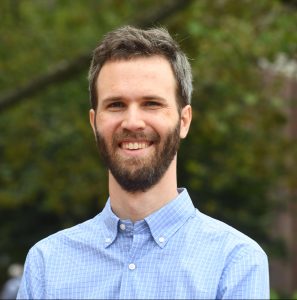 IMPORTANT: Please visit my personal webpage for updated information. This webpage will not be updated starting March 2020.

Welcome! I am a PhD Candidate in the Economics Department at Columbia University.

I am on the job market and will be available for interviews at the 2020 ASSA Meetings in San Diego.

This paper studies how collective bargaining---a widespread labor market institution---affects firm compensation, i.e., the wages and job characteristics that are valuable to workers (henceforth amenities). Specifically, I leverage a reform that automatically extended all existing collective bargaining agreements (CBAs) in Brazil to analyze the impact of restricting employers' ability to phase out negotiated benefits on both wages and amenities. To quantify the value workers place on amenities secured by unions, I measure how textual elements in CBAs influence an establishment's ability to poach workers from other employers, conditional on wages, using data on the universe of CBAs merged with an administrative linked employer-employee dataset. The causal effects of the reform are estimated using a matched difference-in-difference design comparing establishments with extended CBAs to establishment belonging to firms that do not negotiate directly with unions. I find that automatic extensions increase compensation by 1.6-3.8% in establishments with strong unions, which is driven by additional amenities whose value more than offsets foregone wage gains. These changes in firm compensation lead to an increase in hiring concentrated among low-skill workers, implying an elasticity of labor supply to establishments with strong unions of around 2. Further evidence indicates that the resulting wage and amenity distributions are compressed, suggesting that unions reduce compensation inequality within establishments.

Abstract: A growing body of research shows that firms’ employment and wage-setting policies contribute to wage inequality and pay disparities between groups. We measure the effects of these policies on racial pay differences in Brazil. We find that nonwhites are less likely to work at establishments that pay more to all race groups, a pattern that explains about 20% of the white-nonwhite wage gap for both genders. The pay premiums offered by different employers are also compressed for nonwhites relative to whites, contributing another 5% of the overall gap. We then ask how much of the under-representation of nonwhites at higher-paying workplaces is due to the selective skill mix at these establishments. Using a counterfactual based on the observed skill distribution at each establishment and the nonwhite shares in different skill groups in the local labor market, we conclude that assortative matching accounts for about two- thirds of the under-representation gap for both men and women. The remainder reflects an unexplained preference for white workers at higher-paying establishments. The wage losses associated with unexplained sorting and differential wage setting are largest for nonwhites with the highest levels of general skills, suggesting that the allocative costs of race-based preferences may be relatively large in Brazil.

Violence and Credit Use: Evidence from MSEs in Mexico’s Drug War

Abstract: This project studies how micro and small enterprises (MSEs) use credit when facing violence. Leveraging administrative data on working capital credit lines issued to MSEs in Mexico, I exploit geographic variation in homicide rates as well as exogenous kingpin captures to identify the causal effects of violence on credit use. I find that firms significantly increase the amounts drawn from their credit lines after experiencing violence shocks. This result could be motivated by rising short-term liquidity needs (distress story) or increasing risk of holding cash (substitution story). Rising default probabilities indicate signs of distress, although heterogeneity analyses reveal cash for credit substitution among non-revolving borrowers. I also find evidence that rising liquidity needs among distressed MSEs are likely driven by decreased economic activity rather than theft or extortion. As such, this paper highlights the important role that financial products play in terms of helping MSEs absorb violence shocks as well as providing convenient alternatives to cash holdings under insecure environments.

Workers on Probation: Evidence from Job Security Legislation in Brazil