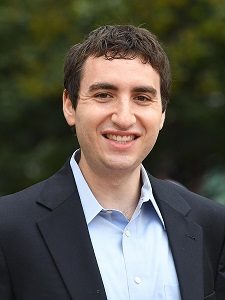 Hello! I am a Ph.D. candidate in Economics at Columbia University. I also currently hold an appointment as a Research Assistant at Yale University in the Economic Growth Center. My research interests lie primarily in Development Economics and Labor Economics.

A vast literature documents the presence of unexploited potential gains from migration within a country, in both developing and developed economies. One possible explanation of what prevents people from migrating is that a lack of experience living outside one's hometown earlier in life could make it more difficult to migrate later on. In this paper, I use the natural experiment of military conscription in Argentina, which randomly assigned not only military service, but also the location of service, to study the effect of this temporary displacement on long-run migration rates. I then use a rich source of administrative earnings and employment data to investigate the labor-market implications of this displacement. I find that assignment to military service outside of one's province of origin increased the likelihood of living outside the province of origin by 2.5 percent, and increased workers' positions in the earnings distribution by approximately 0.2 percentile points on average.

Preference Shocks and Seasonal Hunger (rough draft available upon request)
Project description: Predictable yearly lean seasons are a common phenomenon in many of the poorest parts of the world where subsistence agriculture is the predominant source of income and relies on a once-yearly harvest. It is difficult to understand this phenomenon in the context of a time-consistent, consumption-smoothing household: why would the same pattern of running out of food shortly before the harvest repeat itself year after year? This project looks at a preference shock induced by the fast of Ramadan: when this fast falls just after the harvest, when food is relatively abundant, does it encourage a higher saving rate at that time? And does this, in turn, allow for a less severe hungry season later in the year? I use detailed consumption data from Malawi to investigate these questions.