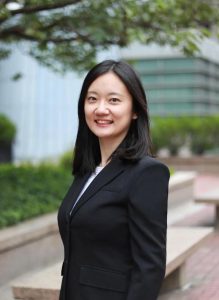 Welcome to my webpage! I am a Ph.D. Candidate in Economics Department at Columbia University. My research interest lies in economic geography, international trade, urban economics, and development economics.

Many countries have land-use regulations to preserve farmland for food security reasons. In this paper, I show that such regulations can distort economic activity across sectors and locations at a substantial cost to aggregate welfare in developing countries during urbanization. I study a major policy restricting farm-to-urban land conversion in China - the Farmland Red Line Policy - to provide causal evidence on the impact of land-use regulation on local development measured by GDP and population growth. The policy imposes a barrier to urban land development, the strength of which depends on exogenous local geographical features. I show that a greater barrier significantly reduces urban land supply, lowers GDP, and decreases population. To understand the aggregate impact of the policy, I develop a quantitative spatial equilibrium model that features endogenous land-use decisions. According to the model, the policy causes an excess supply of farmland and an under-supply of urban land, and the extent of such land misallocation varies across locations due to their local geographical features. In the constrained equilibrium, the spatial and sectoral mobility of workers implies that land misallocation leads to labor misallocation. The calibrated model reveals that the welfare of workers would have been 6% higher in 2010 if the policy had not been implemented. Moreover, a cap-and-trade system that achieved the same aggregate level of farmland would have been far less costly in terms of welfare. The results suggest that fast-growing economies in developing countries need to design land-use policies carefully, as the welfare costs of poorly designed policies can be substantial.

Expansion of High-Speed Railways and Firm Export: Evidence from China, with Lin Tian