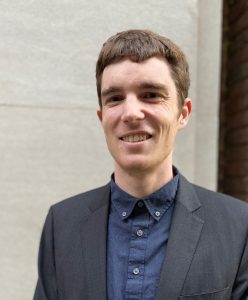 Welcome! I’m a PhD candidate in Economics at Columbia University. My areas of interest include Political Economy, Public Economics, and the Economics of Education. I will be joining the University of Florida as an Assistant Professor of Economics in Fall 2020.

Legislative maps are often evaluated along dimensions of proportionality (the alignment between parties' seat shares and their state- or nation-wide vote shares) and competitiveness (the fraction of contests with uncertain winners). Since a map is intended to be used for multiple elections, policy-makers want to accurately predict how it will perform on these dimensions in the future. Doing this is difficult because future elections will differ from past ones due to changes in the demographic composition of the electorate and as a result of electoral shocks to preferences and turnout costs. Citing this uncertainty, the U.S. Supreme Court recently ruled that the judicial system is incapable of adjudicating claims of partisan gerrymandering. In this paper, I develop a method for predicting the uncertainty in a map's performance due to these factors. The method relies on a structural voting model, which describes the preference and turnout decisions of a potential voter. The model decomposes an election into (i) a set of candidate qualities and (ii) individual-level utility parameters. I assess map performance in two steps. First, I examine the effect of electoral shocks by simulating alternative values of the candidate qualities and utility parameters. Second, I investigate the influence of demographic changes by re-running the simulations using different electorates. I apply the method to rich data from the 2008 to 2018 general elections in North Carolina and show that it allows credible and precise evaluations of maps. I also show that the method is better than existing approaches at predicting gerrymandering outcomes in excluded elections.

The effects of the competitiveness of legislative districts on turnout and party preferences: evidence from redistricting in North Carolina

Work in progress: I examine the effects of the competitiveness of one’s legislative districts on turnout, party of registration, and predicted party preferences. I compare outcomes over time for individuals in North Carolina who were placed into more or less competitive districts in the 2011 redistricting cycle. Specifically, I compare individuals who shared the same districts in each legislative chamber (U.S. House, NC Senate, NC House) before redistricting and who differed in districts for only one chamber after redistricting. In a first specification, I match individuals within these regions on demographics and history of turnout and party registration. In a second specification, I use information on individuals’ exact addresses to run a border discontinuity design. I find that being placed into a less competitive district reduces turnout. Effects grow over time and are larger in midterm than presidential elections, reflecting the fact that there are fewer non-legislative races in midterms. By 2018, having been placed in a district in which one party is always predicted to win versus one in which the parties have an even chance of winning reduces turnout by 1.8 percentage points for U.S. House districts and 1.4 percentage points for NC House and NC Senate districts. I also find suggestive evidence that individuals shift their party registration and preferences in favor of the party predicted to win the district. I do not find that results vary for majority-minority districts, which in addition to being uncompetitive also provide strong influence to racial minorities. Finally, I show that the 2011 redistricting caused urban and Democratic-leaning registrants to face less competitive districts than other registrants. Thus, it differentially reduced turnout for these groups and shifted vote shares in favor of Republicans.

Work in progress: As a result of restrictions on property taxes as part of Proposition 13, California has often had low levels of school funding relative to other states. Beginning in the 1990s, well-off school districts increasingly supplemented funding with two local sources of revenue. These are tax-exempt private donations and a non-ad valorem tax on property parcels, known as the parcel tax. I chart the growth and distribution of this local funding. I then examine the effects of the funding on expenditures, enrollment, and gentrification. I use a dynamic regression discontinuity design to compare outcomes for districts that barely pass and fail to pass the parcel tax in local referenda. The sample includes almost 600 referenda held by over 200 school districts. I show that passing the tax has large long-run effects: it causes an increase in enrollment and housing prices, a decline in the share of students classified as eligible for free or reduced price meals, and a rightward shift in the district income distribution in census data. I find no evidence of heterogeneity in effects by whether the tax is a lump sum per parcel or varies with the parcel’s square footage. This suggests that results are driven by demand for school funding rather than pass-through of the tax burden.