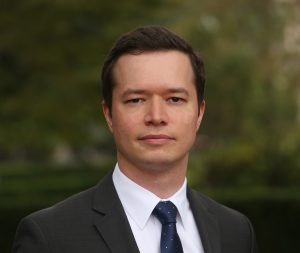 Welcome! I am a PhD Candidate at Columbia University, on the job market in 2021-22. I specialize in macroeconomics, particularly monetary economics, international finance and economic history.

Job Market Paper
Canst Thou Beggar Thy Neighbour? Evidence from the 1930s
Abstract:

Does an exchange rate depreciation depress trading partners' output? I address this question through the lens of a classic episode: the currency devaluations of the 1930s. From 1931 to 1936, many of the biggest economies in the world successively left the gold standard or devalued, leading to a depreciation of their currency by more than 30% against gold. In theory, the effect is ambiguous for countries that did not devalue: expenditure switching can lower their output, but the monetary stimulus to demand might raise it. I use cross-sectional evidence to discipline the strength of these two mechanisms in a multi-country model. This evidence comes in two forms: (i) causal inference of the effect of devaluation on country-level variables, (ii) new product-level data to estimate parameters that are essential to discipline the response of trade — the international elasticity of substitution among foreign varieties, and the pass-through of the exchange rate to international prices. Contrary to the popular narrative in modern policy debates, I find that devaluation did not dramatically lower the output of trading partners in this context. The expenditure switching effect was mostly offset by the monetary stimulus to foreign demand.

When Did Growth Begin? New Estimates of Productivity Growth in England from 1250 to 1870, with Emi Nakamura and Jón Steinsson
Estimates

Abstract:
We provide new estimates of the evolution of productivity in England from 1250 to 1870. Real wages over this period were heavily influenced by plague-induced swings in the population. We develop and implement a new methodology for estimating productivity that accounts for these Malthusian dynamics. In the early part of our sample, we find that productivity growth was zero. Productivity growth began in 1600 — almost a century before the Glorious Revolution. Post-1600 productivity growth had two phases: an initial phase of modest growth of 4% per decade between 1600 and 1810, followed by a rapid acceleration at the time of the Industrial Revolution to 18% per decade. Our evidence helps distinguish between theories of why growth began. In particular, our findings support the idea that broad-based economic change preceded the bourgeois institutional reforms of 17th century England and may have contributed to causing them. We also estimate the strength of Malthusian population forces on real wages. We find that these forces were sufficiently weak to be easily overwhelmed by post-1800 productivity growth.

Supply or Demand: What Drives Fluctuations in the Bank Loan Market? with Carlo Altavilla and Miguel Boucinha

Abstract:
We propose a new methodology to identify aggregate demand and supply shocks in the bank loan market. We present a model of sticky bank-firm relationships, estimate its structural parameters in euro area credit register data, and infer aggregate shocks based on those estimates. To achieve credible identification, we leverage banks’ exposure to various sectors’ heterogeneous liquidity needs during the COVID-19 Pandemic. We find that developments in lending volumes following the pandemic were largely explained by demand shocks. Fluctuations in lending rates were instead mostly determined by bank-driven supply shocks and borrower risk. A by-product of our analysis is a structural interpretation of two-way fixed effects regressions in loan-level data: according to our framework, firm- and bank-time fixed effects only separate demand from supply under certain parametric assumptions. In the data, the conditions are satisfied for supply but not for demand: bank-time fixed effects identify true supply shocks up to a time constant, while firm-time fixed effects are contaminated by supply forces. Our methodology overcomes this limitation: we identify supply and demand shocks at the aggregate and individual levels.

Abstract:
How does the fiscal side of the US government react to monetary policy? I estimate the response of several fiscal variables to monetary shocks. Following an interest rate hike, tax receipts fall, outlays excluding interest payments are constant, and interest payments and debt increase. The fall in output that follows a monetary tightening — not legislated changes in marginal tax rates — drives the response of receipts. The fiscal authority therefore responds passively to monetary shocks, keeping spending constant and letting debt adjust to satisfy its budget constraint. In heterogeneous agent models, this scenario dampens output’s response to monetary policy.